The Practice of Solitary Confinement as Extortion 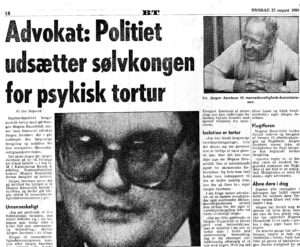 Bagmandspolitiet used effectively the total solitary isolation of me from the first day, keeping me totally isolated from all the outside events. However, I could hear on a loudspeaker in the cell the hourly newscast on the Danish Radio. The chock of the arrest was so overwhelming, as I did not have a clue, moreover, certain that there was nothing they could hold me for. This made my confinement worse, since I truly expected every day, that someone would open my cell door and say: Hauschildt you can go. This did not happen for days, weeks and months, this madness went on and on.

I had in addition, to the solitary confinement, the pain from my special situation with my companies being closed and the terrible plight of my family, the staff and the clients in the companies.

The worst part, I had planned certain action on the financial markets to take place, including selling into the falling prices of precious metals. After all, I had close to USD 2.5 mill in London for this purpose. I had expressed on the telephone to abroad that I believed for sure that I would make US Dollar 50-100 million the next few months. Just the agony to see that I was right, that all my predictions as to the market and the fall of the precious metal prices, was terrible. A one time opportunity, I had waited for more than ten years.

Further, I was also on the verge to receive a founder member of the newly established London International Financial Exchange (LIFE), at a cost of 20,000 later tradings at one million Pounds Sterling. All this was stopped by Bagmandpolitiet contacting the various business connection of mine abroad. Moreover, cancelling all my market instructions.

The reaction and torment of my family and all our many clients also gave me many sleepless nights.  Bagmandspolitiet had learned from the actions of surprise and used it effectively to terrorise me, coming early mornings collecting me for the Commercial Court, bringing me into a forum of 60-80 people or more.

After my arrest, I still naively considered for the companies to continue to operate, little did I know that Bagmandspolitiet had told all staff to stay home and not go to work. I had specific a clause in our Standard Business Terms & Conditions, as to a like situation, by having a Force Majeure Clause, allowing the companies to delay delivery or buying back the precious metals (silver, platinum, palladium and gold coins).

Bagmandspolitiet ignored everything and even told the Commercial Court, that there was no money in Denmark or around and everyone should prepare for the worst – all lies and nonfactual. I had no one to speak for me, no lawyer to defend or confirm my position or the companies. I had been preventing speaking to any lawyers, as to civil matters.

“We have been investigating the company since it started (1974) just to see what is happening. Approximately three weeks ago our investigation became more intensive on our own initiative. We have not received any complaints“.

Bagmandspolitiet has been investigating the company for near six years just to see what? Just like Stasi or KGB. As Stalin said, “Show me a person and I will always find a reason against him” (to kill him or send him to the Gulag).

In the companies, we knew that the Danish the authorities had been harassing us constantly for years, but we did not know that Bagmandspolitiet was involved, see: Five years of continuous harassment before the event.

No complaint had been made to the police and the Special Prosecution. The fact that they later claimed that the Copenhagen fiscal authorities had asked a judge for a warrant for my arrest for tax evasion – is another matter.

Nevertheless, according to the newspaper and what they were told, Bagmandspolitiet decided to take the action. Further, that black money is invested in precious metals and the profits are tax-free outside the reach of the fiscal authorities.

I was never charged with tax evasion since this was a trumped-up charge and there truly was no tax evasion by me or the companies. 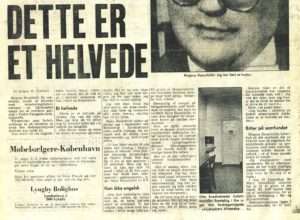 We had been regularly blackmailed by the Copenhagen Tax Authorities (Københavns Skattevæsen), who wanted access to the names of our clients and their transactions. On one occasion in 1979, they demanded that we pay tax there and then on all future income despite losses in the previous year (we had handed over D.Kr. 200,000; otherwise the tax inspector would not leave our head office.

So Bagmandspolitiet had been looking for six years at SCE and indeed my activity. In East Germany, the DDR, they used Zersetzung (attrition or corrosion) to name their harassment tactics: the aim was to disrupt the working of groups and the lives of individuals to such a degree that defence became ineffective, or more preferably, ceased altogether.

Defence by rendering it ineffective, with an interim goal of hindering any positive media or public exposure.

The Stasi did not care whether an individual was switched off through disillusionment, fear, burn-out or mental illness: all outcomes were acceptable, and people’s mental health and social standing during or after an operation were of no interest to the officers involved.

The Stasi often used Zersetzung, and it’s described in another guideline. The word is difficult to translate because it means originally “biodegradation”. But actually, it’s a quite accurate description. The goal was to destroy secretly the self-confidence of people, for example by damaging their reputation, by organizing failures in their lives.

Many people succumbed to pressure from the Stasi, often because of mental health difficulties (brought about by the pressure) or through a process that was commonly called ‘inner migration’: giving up political and social beliefs, following the path of least resistance and ceasing oppositional activity. 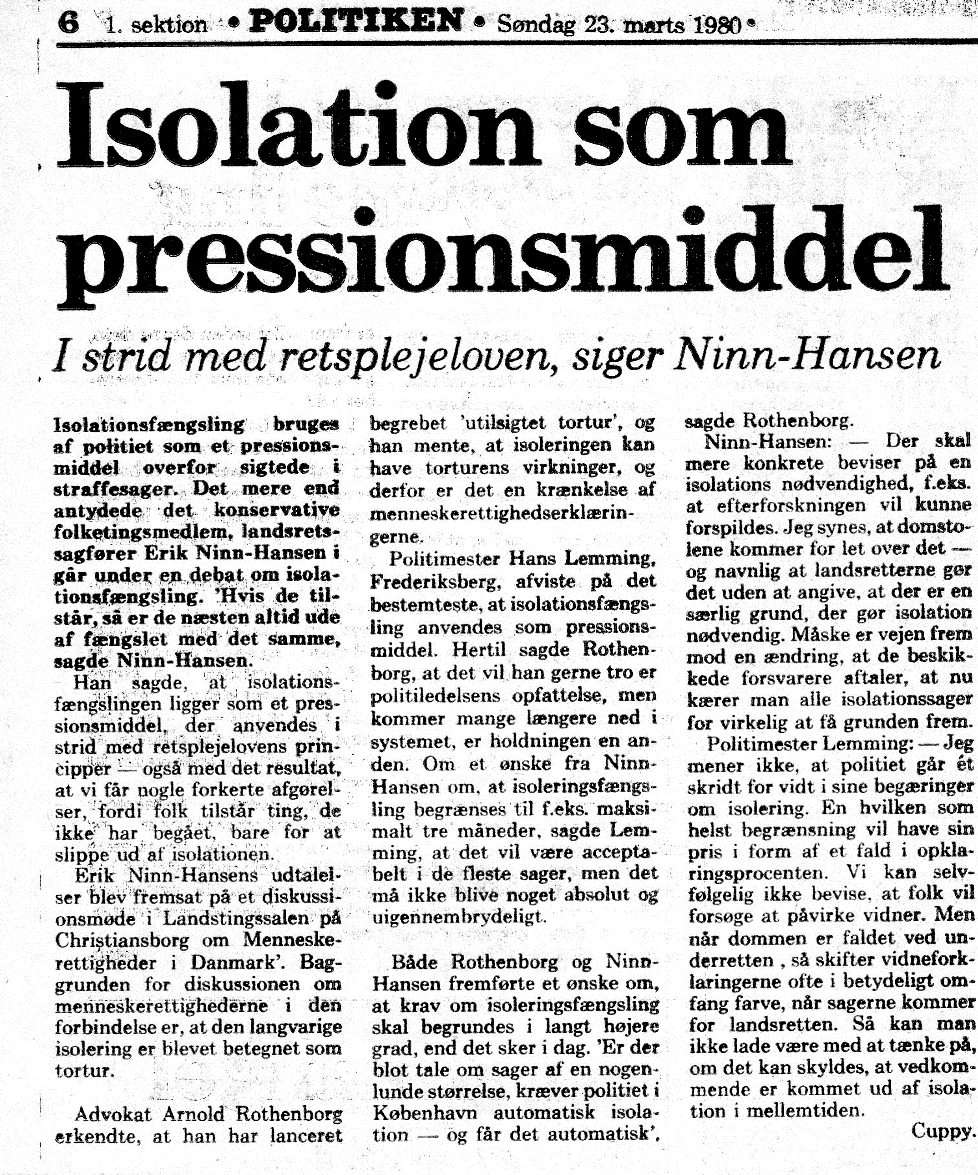 shows what was hidden behind this repression strategy, what its goals and consequences were, and how people were specifically affected. Quite a few victims still suffer from the demolition measures of state security, live in isolation and suffer from anxiety. There is little hope for legal rehabilitation, as direct instructions on the use of decomposition methods are seldom found on the file, and regular puncturing of tires, or constant nocturnal noise nuisance, is difficult to legally impose. So it is all the more important to raise this particularly perfidious repression tool of the State Security and its victims by an exhibition in the focus of public debate. 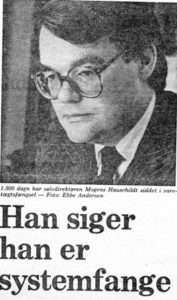 On the basis of contemporary witness statements, documents and research by the political scientist Sandra Pingel-Schliemann’s ten panels show the unscrupulous handling of the state apparatus with the personal fates of the targeted and alleged opposition.

In late 1979, several incidents took place where people came to SCE and told us various “stories” asking for advice and assistance from the company. At the time we thought that these people must have been sent by the National Bank or the fiscal authorities. Considering the seriousness of such provocateurs, I asked the staff to report such incidents directly to me, moreover, be observant and vigilant.

We listed several incidents and in one case I recall a woman pretending to be an investor and claiming to have D.Kr 2 million to invest in silver bars. She told the staff that she had made this money in Greenland and really wanted to take the money out of Denmark. In buying silver bars, she could transport them across the border and sell them outside of Denmark one day. Silver bars were considered as “goods” and subject to sales tax and the EU laws of free movement of goods. We refused to assist her since it could be seen as a way around the strict Danish exchange control regulation at the time. She and the other people were all agent provocateurs sent by the Special Prosecution.

My Solitary Moments in Hell

We now know that even in less extreme cases that prolonged social isolation—feeling lonely, not just being alone—can exact severe physical, emotional and cognitive consequences. It is associated with a 26 per cent increased risk of premature death, largely stemming from an out of control stress response that results in higher cortisol levels, increased blood pressure and inflammation. Feeling socially isolated also increases the risk of suicide. “We see solitary confinement as nothing less than a death penalty by social deprivation,” said Stephanie Cacioppo, an assistant professor of psychiatry and behavioural neuroscience at the University of Chicago.

For good or bad, the brain is shaped by its environment—and the social isolation and sensory deprivation I experienced likely changed mine. Chronic stress damages the hippocampus, a brain area important for memory, spatial orientation and emotion regulation. As a result, socially isolated people experience memory loss, cognitive decline and depression. Studies show depression results in additional cell death in the hippocampus as well as the loss of a growth factor that has antidepressant-like properties, creating a vicious cycle.

I have experienced lasting cognitive changes from my time in solitary confinement. I believe my memory is impaired and I have lost my ability to navigate, both of which are signs of damage to the hippocampus. At one point I was unable to recognize faces, but that problem has passed. US Scientist speculates that social areas of a brain that were not being used, like those involved in facial recognition, might have atrophied during his time in solitary. Supporting this idea, recent research conducted in mice by neuroscientist Richard Smeyne at Thomas Jefferson University in Philadelphia and presented at the conference revealed that after one month of social isolation, neurons in sensory and motor regions of the brain had shrunk by 20 per cent.

The question remains as to whether these neuronal changes are permanent or can be reversed. Most experts believed “you can live through that experience and come out with the same brain you went in with, and not in a good way.”

I personally went through my solitary confinement and the hunger strike ordeals because I recognized that my case was “politicised,” and bigger than myself in many ways. Specific I saw the actions by Bagmandspolitiet with total contempt, these were low life people, mostly uneducated police. Further, I always maintained that you can find the Commandant of Auschwitz in any society and group of people. 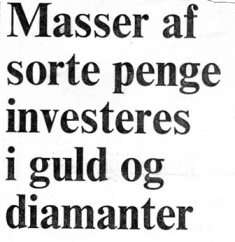 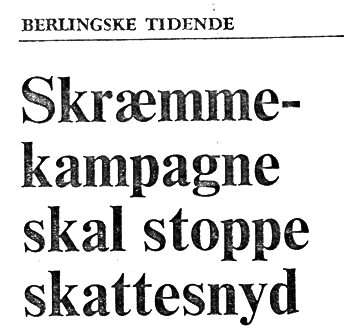 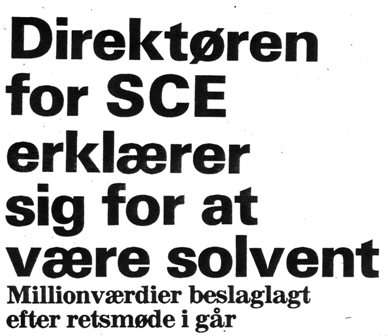 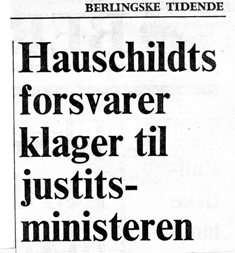 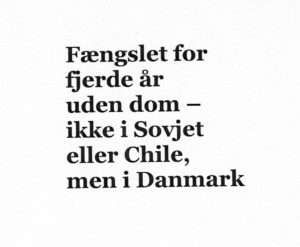 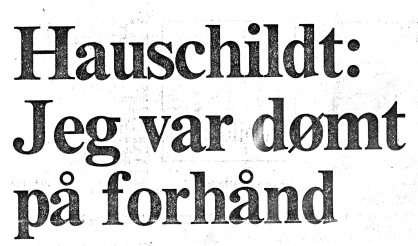 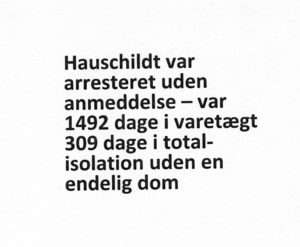 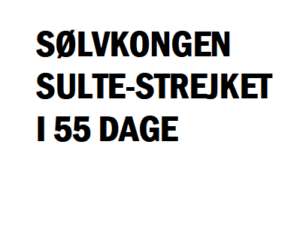 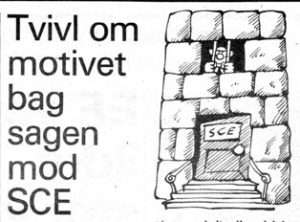 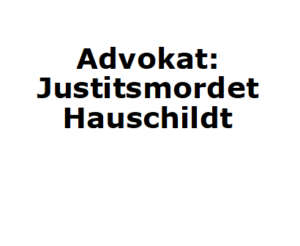 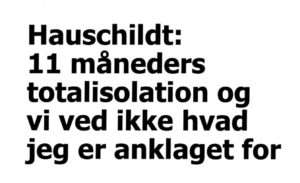 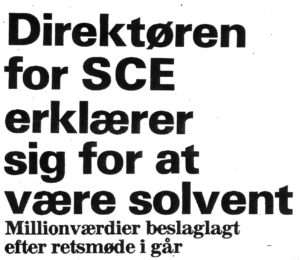 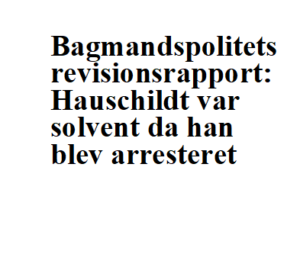